What is Psoriasis and can it ever be effectively managed?

Do you have psoriasis or know someone who suffers with this condition? About one in 30 people in the UK have psoriasis and it can have a devastating impact on their lives. The dry itchy patches are uncomfortable and disturb sleep, scratching leaves traces of blood on the sheets and large amounts of scale can be shed onto clothes and carpets.

All too often I hear people, including doctors, saying there is not a lot that can be done – ‘it’s the way you are made and you will have to put up with it to varying degrees for the rest of your life’. That is rubbish! I had psoriasis quite badly as a teenager – I even needed hospital based treatments. However, some simple lifestyle changes is all I need now to keep it at bay and I haven’t had a hint of psoriasis now for over 30 years. It needn’t be a miserable disease, suffered in silence and destroying relationships.

Psoriasis can be mild, but it often affects sensitive areas or skin that can’t be hidden. This has far-reaching effects on patient’s lives. Large dry, red scaly patches on exposed sites can provoke looks of horror and repulsion from the public, scalp involvement is extremely common and difficult to manage, involvement of the hands and nails can cause massive problems with everyday tasks such as using a phone or keyboard. Genital involvement is common, needs careful management and is often never disclosed and causes considerable unhappiness. Many people with psoriasis tell me that they avoid undressing in public, so they never go swimming or take their children swimming. Staying away from home is an ordeal and going on holiday to the seaside can be a nightmare.

Psoriasis can also have far reaching effects on your general health, with links not only to depression, but also heart disease.

Psoriasis often causes arthritis. This is substantially more common than the books suggest and is grossly under-diagnosed, even by Dermatologists. That is a disaster, as within 6 months of the joint pain and swelling starting, there is permanent damage to the joints and the link with heart disease is even stronger. It is critical that we are all vigilant for this, diagnose it early and manage this aggressively.

There is emerging evidence that the inflammation of psoriasis actually makes psoriasis works, so a vicious cycle develops. Managing this effectively results in the disease becoming easier to manage and often active treatments can then be stopped.

There are now some safe, clean and hugely effective treatments that really work. It is very unusual that this condition cannot be massively improved or indeed completely controlled.

Later this month, Sunday October 29th is World Psoriasis Day. Make that the date you decide not to let someone you know with psoriasis put up with less than ideal treatment. 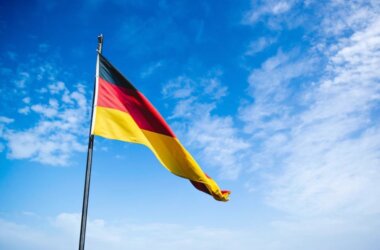