Acne effects nearly everyone in our society and as we all know is typically at its worst during our teen years. Roughly a third of women still have acne into their 30’s and around 1 in 20 continue to have spots into their forties and beyond. We’re also seeing more acne in infants and pre-pubertal children than we did just ten years ago.

Acne can have a devastating effect on an individual’s self-confidence and mood, as well as limiting career options. However, it can nearly always be very well controlled or indeed ‘cured’ with effective therapy.

For years, doctors have denied any link with diet, despite our patients being convinced that certain foods make it worse. How many of us remember a rotten outcrop of spots after a binge of chocolate at Easter? Well, there is now robust evidence that our Western lifestyle and diet does aggravate acne - especially food such as chocolate (cocoa powder in particular) and other refined sugars. Whey protein is used to fortify and thicken skimmed milk and drinking large quantities of that makes things worse, as too does large amounts of ice-cream. The diet of the Kitavan Islanders in Papua New Guinea contains a lot of fish and virtually no available sugars and acne is non-existent in this population!

The inflammation in acne is deep in the skin. Attacking a whitehead by picking or squeezing it, can only rupture this into or through the skin causing a lot of damage. That can only heal with a scar. Understandably, there is a need to cover things up, especially when going out, but many make-ups are ‘comedogenic’ (i.e. clog up the pores) and will make things worse unless they are thoroughly removed before going to sleep. Some make-up is ‘non-comedogenic’ (the Clinique and Neutrogena ranges for example) and these should be preferred.

Many forms of hormonal contraception aggravate acne, some really quite markedly. The older (cheaper) forms of the combined pill are notoriously bad, but still appear to be recommended by many doctors despite ongoing significant acne, perhaps because of the 1995 ‘pill scare’? That study has now been shown to be confounded, unreliable and should never have been published, yet alone publicised so enthusiastically by the media. Some forms of the combined pill are actually licensed for treating acne (including those that were the focus of that damaging study) and should generally be preferred if there is any active acne.

All patients with acne should be on a topical retinoid product (preferably not whilst pregnant) if their acne is bothering them. These target the ‘precursor lesions’ and unblock the pores. They can be a little irritant initially, so it is wise to introduce them gradually to allow tolerance to develop. Usually they can be left on overnight, every night within a few weeks of starting. They should be applied once a day, at bedtime, to any area of skin that has ever had a spot as they prevent new spots, they’re less good at treating existing spots. My favourite is Adapalene (Differin) as it is the least irritant and unlike the alternatives, doesn’t cause sensitivity to sunlight.

Benzoyl peroxide is a topical treatment for acne. It is powerfully antiseptic against the bacteria that cause the inflammation and is a superb additional topical agent, especially for any patients who is using an antibiotic to treat their acne. Being a peroxide it will bleach fabrics etcetera, so it is important to use an old flannel, for example, to dry your hands after applying this. It is combined at the optimal strength with Adapalene in a product called Epiduo.

Antibiotics, both topically and by mouth, have been the mainstay of managing acne for decades. However, there are now grave concerns that their use in acne is contributing massively to the rise in antimicrobial resistance and we must review our use of them urgently. We are rapidly approaching a post-antibiotic era and it is genuinely feared that none of today’s antibiotics will have any effect within 30 years – that’s just a generation away! The antibiotics that are used for acne are really important antibiotics and unlike most infections where the course only lasts a few days to a week or two, courses of antibiotics for acne usually last many months and sometimes several years. Clearly if the patient is regularly reviewed and it is obvious that an antibiotic is really helping it may be reasonable to continue, but taking an antibiotic for years is hardly a desirable option.

Isotretinoin (Roaccutane) has been around now for nearly 40 years. It is taken by mouth and around 80% of patients who complete a course (typically 4-6 months) never have another spot! Those whose acne remains active usually report dramatic improvement and their acne becomes more sensitive to other treatments. (If the acne remains severe, then an underlying medical cause needs to be considered). Most patients can also expect to be left with a lovely, peach-like complexion. The skin will always be drier than it was before and often emollients are needed to re-moisturise the skin, especially on the face.

Sadly, I believe Isotretinoin has earned an entirely undeserved bad reputation. There is absolutely no doubt that acne effects mood. Severe acne must be devastating. It can be painful, disfiguring and destroy an individual’s self-esteem, confidence and relationships. It is hardly surprising therefore that individuals in this sad situation, especially vulnerable younger people, contemplate suicide. Most people taking isotretinoin note a minor drop in their mood, but that is normally more than compensated by the marked early improvement in their complexion. Sometimes, Isotretinoin can aggravate acne, especially early in the course or when treating particularly severe acne. Clearly if that is something they have not been warned about, it could be utterly devastating. A vulnerable young person who is isolated and already unhappy, clearly might contemplate suicide in that situation.

My main concern about oral Isotretinoin is that it is absolutely contraindicated in pregnancy. The law rightly demands that any woman of child bearing age on this medication, must be on dual contraception (even if they are not currently sexually active or even contemplating any relationship). Furthermore, the prescribing doctor must confirm confidently that the patient is not already pregnant and only a one month supply can be issued at a time, again once pregnancy has been excluded. (Fathering a child whilst on this medication is not an issue).

There are a large number of more minor side-effects, but in my experience, virtually all people taking this medication tolerate those, provided they know what to expect.
The prescription and management of patients on Isotretinoin is normally restricted to specialist Dermatologists working in hospitals. Since 2000, I have managed numerous courses of this treatment, under the authority and with the support of my specialist colleagues. Due to my extended experience in both NHS and private practice as GP with a special interest in dermatology I am now able to offer and prescribe Isoretinonin.

If you would like to consider this treatment then please make an appointment to come and discuss this in more detail with me. It could mean no more acne lotions or potions, yet alone years of antibiotics! 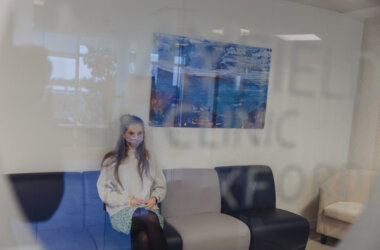 Certificate Of Recovery From COVID-19 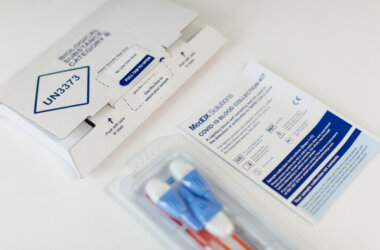 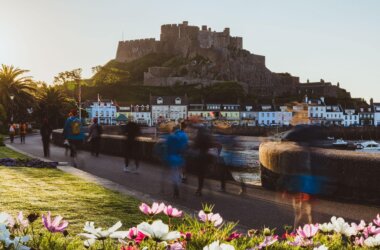